Roni, Rezaul, Assistant Professor in the Department of Geography and Environment at Jahangirnagar University, Savar, Dhaka, specializes in GIS and RS as well as on the climate study of Bangladesh. He started his career here as lecture on 2011. He completed his MSc in Geoinformatics on 2018 from ITC, University of Twente, The Netherlands. Before that, he completed MBA - executive from Bangladesh University of Professionals (BUP) on 2010 and MSc in Geography and Environment from Jahangirnagar University on 2008. He also graduated from same department on 2006. He has published eight articles in national and international journals and co-authored two chapters in the scientific book “Climate Variability: Issues and Perspectives for Bangladesh”, published in June 2015. He has been working as co-editor in another book titled “Climate Issues and Perspectives for South Asia”, which will be available soon. He worked as National GIS Consultant for preparing Small Area Atlas of Bangladesh for 64 districts. He worked as trainer in various workshops and courses related to applications of GIS and RS in different development concerns such as Bangladesh Bureau of Statistics, Bangladesh Petroleum Institute and Bangladesh Meteorological Department. He is member of different professional organizations, including Bangladesh National Geographical Association (BNGA). He has been working as a technical committee member for preparing Disaster Prone Area Atlas of coastal districts of Bangladesh under financing by UNFPA. 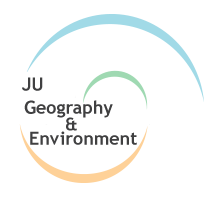